In April 2008 MEDIACRAT launched a new magazine on the Russian market — FRAME The Great Indoors — one of the best interior design editions normally published in English in the Netherlands.

FRAME has been in print since 1997 and is widely recognised by experts as the best model combining "Dutch design" standards, Italian aesthetics and the British-American school of journalism. The publication focuses on one key topic — interior design, however, a great part of it is also dedicated to architectural designs of both grand and minor scale. FRAME is a distinctly international magazine that covers interior design and architectural trends in all capitals of the world from New York to Tokyo.

The project received high praise from the international expert community and world-famous designers. "I believe that FRAME is the liveliest yet most refined design magazine and I never miss a single issue," said Karim Rashid, an internationally acclaimed designer. 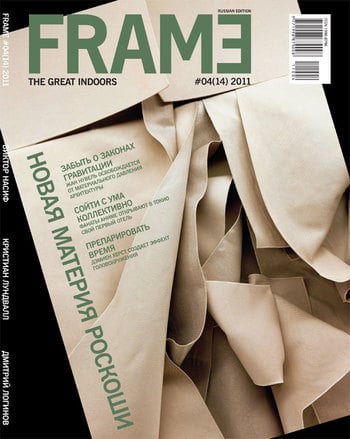