BRICS Business Magazine is the first step in the development of BRICS Media Initiative, a large-scale and long-term strategic project led by Ruben Vardanyan. The general idea rests on the fact that the world is changing and this process is spearheaded by new leaders with the BRICS and other emerging markets blazing the trail as the main drivers of economic growth in the world.

“I believe that any emerging economy that has already become more than 1% of global GDP should not be thought of as a traditional emerging economy. Currently, there are 8 such countries: each of the 4 BRIC nations, Korea, Mexico, Indonesia and Turkey – 4 of our so-called ‘Next 11’ group. These 8 countries collectively are 25% of global GDP, so the same size, if not slightly bigger, than the U.S.”

BRICS Business Magazine is not just a gateway to, but also a rigorous examiner of the state of affairs within High-Growth Markets. Up until now such approach has never been made a cornerstone platform of any meaningful media product. This fact played the decisive role in the development of the whole initiative and BRICS Business Magazine in particular. The project has been launched to tell the emerging markets story, but more than that, it is a consistent pro-emerging-markets initiative.
Today, it is still impossible to fly directly from Moscow to Sao Paulo without a transfer somewhere in London. The information takes the same indirect path and reaches the developing world through the developed markets. The supreme goal of the BRICS Business Magazine is to offer a direct information nexus between key BRICS cities and to channel opinions of the elites both to their peers and to a wider business audience. 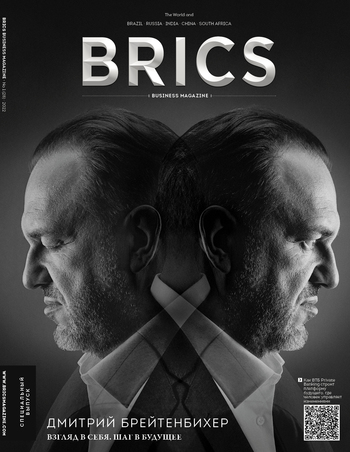