MEDIACRAT was commissioned by Pernod Ricard Eastern Europe, a leader on the Russian elite alcohol market and a part of the global Pernod Ricard Group, to provide commercial management services for STYLES corporate magazine.

The STYLES magazine is distinctly a lifestyle publication — not just a corporate magazine of an alcohol company but a full-fledged high quality glossy gateway to stylish people and stylish business. The publication covers a broad range of topics from information and aesthetics to people and events and business and art.

These improvements are largely due to a unique distribution system developed by MEDIACRAT especially for this magazine. STYLES is distributed directly to MEDIACRAT and Pernod Ricard VIP Database addressees as well as at branded stands at trendy restaurants and fashion boutiques in Moscow. 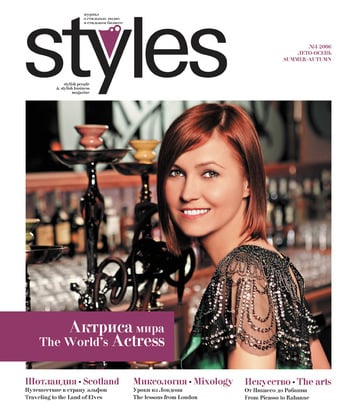