The word 'watch' is known to have more than one meaning in the English language, doubling as both a noun and a verb. As a noun it denotes a mechanical device used to measure time while the verb means to contemplate or to observe. This semantic duality is the bedrock editorial concept behind WATCH Russia, an advertising catalogue that serves as a unique platform for a dialog between producers and consumers of premium & luxury goods and services.

On the one hand, the project is dedicated to the fine arts of jewelry and watchmaking (which inevitably overlap and co-exist in today’s world). Just like many other players active in these two industries, WATCH Russia has equally deep respect for the different categories of timekeeping devices: both true masterpieces created as unique objets d’art, as well as more mass-produced items.

While studying the measure of time on its pages, WATCH Russia also strives to reflect the passage of time itself, keeping an eye on the 'signs of the times'. This primarily means cinema, theater, art and design in their most varied manifestations. The project, for example, features reviews from the world’s film and theater festivals, interviews with photographers and artists, as well as articles on art and architecture. Here also, WATCH Russia acts as a guide for its readers, presenting a sort of cross-section of the most critical events and names in the world of culture and the arts over the preceding month. Observing and feeling our time: that is the philosophy of WATCH Russia.

WATCH Russia is distributed exclusively at establishments holding an alcohol sales license and, in particular, at the A and A+ class restaurants.

Creative and commercial management of the project is provided by MEDIACRAT. The content is partially reproduced from WATCH NL, Yellow House Publishers 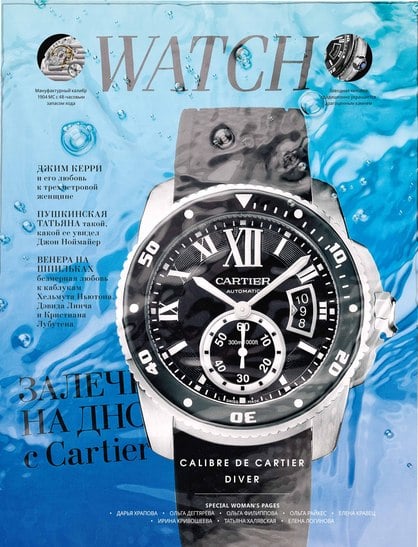 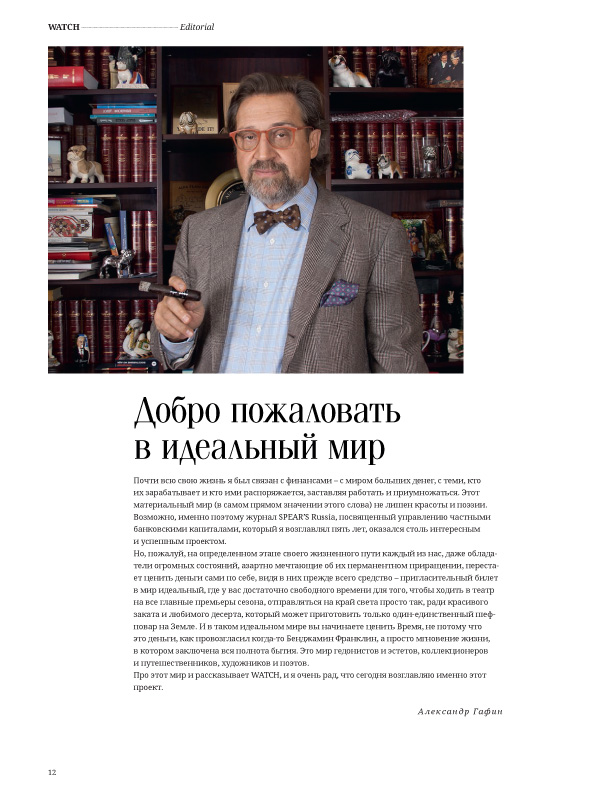 Alexander Gafin, one of the most prominent and recognized personalities of the marketing and PR industry in Russia, has taken over the WATCH Russia project. Prior to that, he headed SPEAR'S Russia as Editor-in-Chief for five years.

Commenting on his move, Gafin said that at a certain stage in life even the owners of large fortunes cease to value the money in and of itself, but see it as primarily a means to an end – a ticket to an ideal world. "A world where you have enough free time to attend every major theater premiere of the season, to go to the ends of the earth just for a beautiful sunset, and a favorite dessert that can only be prepared by one chef in the world," says Gafin. "And in such a perfect world, you begin to value time not because it is money, as Benjamin Franklin once famously declared, but because it's a moment of life, which contains the full complexity of existence. This is the world of aesthetes and hedonists, collectors and travelers, artists and poets. This is the world that WATCH features, and I am extremely pleased to be heading this particular project."

WATCH Russia is dedicated to the high art of watch and jewellery making, as well as to "the signs of the times" – cinema and theater, architecture and design – presenting a medley of the most important events and names in the world of culture over the previous month.

MEDIACRAT offers a unique opportunity to get acquainted with the content of WATCH Russia and BOLSHOI Sport free of charge. Access to these publications is offered through ZINIO web and mobile reading application.

"We keep on popularizing our publications. As a part of our promotion program, the e-versions of the magazines are freely downloadable at ru.zinio.com, including special editions for Android and Apple platforms," says Alexei Medvedev, business development director at MEDIACRAT.

ZINIO is the world's largest newsstand and bookstore with thousands of media titles offered in digital versions in 25 different languages.

Creative and commercial management of BOLSHOI Sport and WATCH Russia is provided by MEDIACRAT. 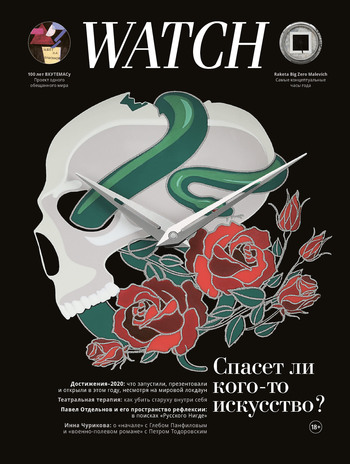